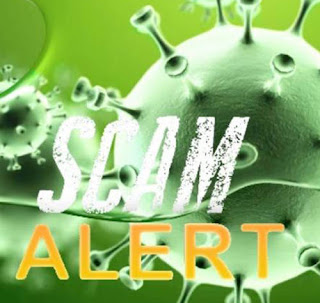 They estimated that the coronavirus (COVID-19) would kill millions, and according to their numbers it has killed tens of thousands.  Then again, you can't even trust that number, because they've been padding the numbers when it comes to those deaths that can be attributed to COVID-19.  When anti-body studies began to show that the estimates of how many cases there are of COVID-19 were way off, and that the truth is the mortality rate is super low, lower than the flu, and even lower than your chance of being hit by lightning, they lied, they covered it up, and they gave you only a part of the story.  The mortality rate, if you use estimated number of cases, is less than 0.3%, and could be as low as 0.01%.  When evidence about UV treatments emerged, the left shut it down.  Nobody knows about it because the Democrats and their allies never let the news get to the people.  When it was realized that the seasonal flu and COVID-19 were comparable, and if anything, the seasonal flu is worse because the deaths from the coronavirus have pretty much only been those people who had previous health issues, the information was buried, and you were lied to about it.  When experts started saying that shelter-in-place turned out to be bad policy, the left was unwilling to admit the mistake, and they buried that information, too. You never heard in the media about the doctors proclaiming that herd immunity was the proper path to take.  When the hospitals remained empty, they refused to tell you about it, and then lied saying the hospitals were full of coronavirus patients by using Italian video footage to make it look like the hospitals were full in New York.  Then they lied about President Trump's response, saying he was slow to put proper policies into place quick enough, even though he was doing things before they even changed the narrative to panic mode.  Then, to try to make Trump look bad, and a liberal left Democrat governor look good, they faked the news regarding testing in Michigan.  Dr. Shiva began exposing the truth, but YouTube took down the video.  Fortunately, bitchute left theirs up.  They even lied when they accused Trump of closing down international pandemic centers.

As Dr. Shiva says on Next News Network, it is all about producers versus parasites.  The liberal left socialist agenda purveyors hate President Donald Trump because he represents America with liberty under a thriving free market.  They hate the Constitution, and they hate our capitalistic system, so they will lie, cheat and steal to force their authoritarian policies into place.  The coronavirus was an opportunity for them, but their narrative must be the one believed for it to work.

Lie, cheat and steal.  Why?  Because to them, all of those horrible things they did was okay because in the long run, from their point of view, the ends justifies the means.

Here is just a short list of the authoritarianism going on by the Democrats right now thanks to the coronavirus crisis they created:
Meanwhile:
In short, the media is blatantly lying about the coronavirus, and President Trump's handling of COVID-19 based on their narrative and the information he's been getting regarding this stupid thing.

Why would this be going on?  Why would they do that?  What's the real story behind the coronavirus COVID-19 thing?

Let me get more specific.

They see the coronavirus as an opportunity to fundamentally change the United States of America into a country that is less about liberty than it has been, and more about government control ... in the name of safety, of course.

An MSNBC host actually hammered on Republicans and non-Republican conservatives for daring to place liberty ahead of safety.

1 Thessalonians 5:3; King James Version, "For when they shall say, Peace and safety; then sudden destruction cometh upon them, as travail upon a woman with child; and they shall not escape."

As for that power thing:
For the purpose of gaining power, and turning you into a bunch of mindless lemmings, the coronavirus is the greatest health care lie in history.