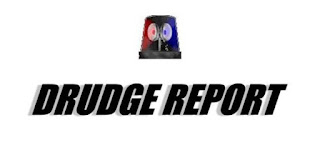 The Drudge Report is the largest news portal in the world in terms of number of hits.  The founder and operator, Matt Drudge, is a right-of-center enemy of the liberal left, and so it is of no surprise that as Obama's days in office have been reduced to a mere few weeks, the government has decided to begin interfering with his website.  The attack, by the way, occurred only hours after the Barack Obama administration announced new sanctions against Russia over election hacking, and during a mass frenzy by the liberal left against what they call "fake news".

The news became available when Matt tweeted: "Is the US government attacking DRUDGE REPORT? Biggest DDoS since site's inception. VERY suspicious routing [and timing]."
The attack manifested as a large-scale distributed denial of service attack (DDoS).  The style of attack, in the past, has also been used to shut down major websites such as Twitter, Spotify, Netflix, Amazon, Tumblr, and Reddit.  The DDoS form of attack sends a server many illegitimate requests to make it hard for real requests to get through, effectively shutting down the site.

Drudge Report was down briefly around 7 p.m. EST, but was up and working hours later.

Government officials have wrangled with Drudge before over his alleged fake news.