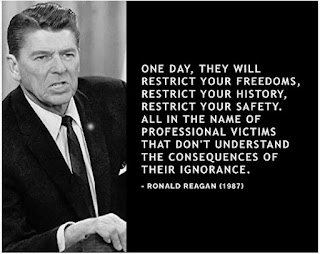 I know it's a shock, but the progressive left Democrat commie people hate Independence Day.  Well, maybe "hate" is not exactly right.  They like the sales that go on so that they can buy Chinese merchandise at their favorite red bullseye store, but the boom boom of the fireworks, though they think are pretty, remind them too much of guns, and the whole "love America" thing really gets their social justice feathers all up in a bunch.
In Arizona their dislike of America's birthday has gone so far that the Democrat Party is endorsing a “F*** the Fourth” anti-American rally.
We're not talking fringe, either.  The mainstream Democrats are pissing all over America with their support for the anti-American Rally
Does the festivities include a flag burning ceremony?
Never mind that it's the blood of patriots, such as those who fought in the Revolutionary War, that gave them the allowance in this country of freedom to openly hate America and not have government goons arrest them for their insolence.
Rick Monday is still around, right?  Remember when he saved a burning American Flag in the outfield of a baseball game he was in?  He'd probably be booed by today's knuckleheads.
The group that called for that ‘F— the Fourth’ celebration is affiliated with Arizona’s supposed moderate Democrat senator, Mark Kelly.

Remember, these people vote...and vote again...and do other fraudulent things on election day.
The sad thing is that these people who hate the flag, hate the Founders, and hate the very idea of America as a sovereign and autonomous country are nothing more than mindless tools being used in a game older than any of us on this planet.  The puppeteers these folks are acting idiotically for are doing all they can to kill liberty, and replace America's system with a more Marxist system that in the long run wants to enslave all of us, and would likely kill off the Marxist radicals like those in favor of this rally once the hard left power structure has control.  You know, because tyranny doesn't like activists.  It wants sheep.  In history, every time a leftist tyranny has taken control, the activist people who got them there are killed off.
So, these tools have been indoctrinated, taught to hate American exceptionalism, America's history, and to dance in the darkness with all things woke so that they can destroy the very system that gave them the freedom to be idiots in the first place.  Thanks to the American System they hate they have the ability to have their "F*** the Fourth" rally, and live better than the rest of the world.  Interesting that these folks don't have enough sparking brain cells to realize they can be idiots because of liberty, and their participation in our free market system; the very things they claim to hate.
The funny thing is when I was a youngster these types of people were around, but they were careful not to shout too loud, and the injection of communist propaganda was measured carefully so as to not alarm the natives.  Now, these people are out in the open, proud of their words as well as their anti-American attitudes and actions.

Once they were “fringe”.  Now, they are the crazies that drive ALL of the policies of the Democrat Party.
As the Democrat Party lurches leftward, the reality is that some of their voters are bucking against it.  Some of them are questioning what is going on, and are crying out, "This is not exactly what I signed up for!"  Those are the people we need to reach, educate, and nurture towards recognizing that the great life they have here in America is due to one thing, and one thing only: American Liberty.
The problem is our allies don't realize how bad it is, or they are simply accomplices.  They keep thinking this is some kind of simple little political disagreement.  The fact is, the Democrats and their Marxist allies are using war tactics because, to put it frankly, we are at war.
A war for America's soul.
Reagan had a great quote that Republicans believe everyday is the Fourth of July, while Democrats believe it should be April Fifteen.
In the end, one thing is simply true.  The Constitution and the principles of Natural Rights, and a Creator that gave them to us, rings true, and is why America is the greatest place in the world.  People flock to try to get in, not get out.  Even the poorest Americans live better than a vast majority of those in the rest of the world.  But, our Constitution is only ink and paper if we don't fight for it.  Freedom can be fleeting if we don't stand firm for it.  And, as Reagan commented, we are only one generation from losing it if we allow the leftists to get their way.
-- Political Pistachio Conservative News and Commentary
Posted by Douglas V. Gibbs at 11:35 AM