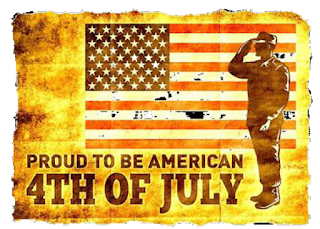 Over a decade ago a Harvard Study determined that Independence Day makes more Republicans.  It's a patriotic holiday, people feel a little more American on Independence Day, and during that moment of clarity they begin to realize where their politicians lie on the patriotism scale.  Now, hear me out, I am not a fan of the political parties, for the most part, but I do have to admit that the Republican Party of late has less RHINOs than before, and by percentage the establishment Republican population has been vastly reduced.  Meanwhile, almost all of the Democrat Party political hacks have become a bunch of communist jackasses.
I've noticed, in fact, in my own personal life that Patriotism angers Democrats.  In fact, some lefties from the Party of the Donkey have endorsed a "F**k the Fourth" line of thinking when it comes to our country's Independence Day birthday.  In short, Liberty angers Democrats and their Marxist allies. The American Flag angers Democrats as an allegedly racist symbol.  American Exceptionalism angers Democrats as something they consider to be a bit of arrogance.  God angers Democrats, and I have no clue why something you think does not exist could anger you so badly.  Pride in America angers Democrats, unless that Pride is warped into a word that means you're proud of being a sexual deviant; I seem to remember pride as being one of the seven deadly sins...but, I digress.  Everything American angers the Democrat Progressive Lefty Communist crazies out there, so for some Independence Day must render them damn-near catatonic.
So, Happy Independence Day, God Bless America, and let's rally behind either getting Donald Trump elected to the presidency in 2024, or someone like DeSantis from Florida.

I can hear the heads exploding from here.
Like Trump and his boisterous version of Republican Party antics, or don't like him, I don't care.  In the end you have to admit it is funny watching the lefty Democrats get all bent out of shape over a single person. 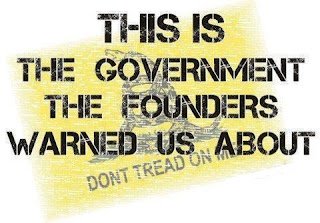 The thing is his kind of "we'll do it ourselves" attitude pisses off tyrannical minds.  Why do you think the British Empire went so nuts when those treasonous petulant colonists not only rebelled, and said to Europe that the whole ruling elite thing can stick it, but then with their Constitution those treasonous Americans proclaimed they were all about consent of the governed, and that they could do it themselves without political control and power grabs from a ruling elite.
It ticked off Britain enough that they went to war with us...twice.  From their point of view we were nothing but a bunch of dangerous, ungrateful, insurrectionists who needed to be silenced...sound familiar?
I could only imagine how badly those anti-gun commie Democrats, in their King George anger of the moment, are ready to fight us over our petulant radical call for liberty and a stop to their big government madness.
So, just for them: Our Rights Come from God, and the natural order of things is what our natural rights are based upon.  The truths of natural law are obvious, apparent, and self-evident.  We know that boys are boys and girls are girls, fossil fuels are what powered us to greatness and to abandon oil would collapse our entire system, the climate changes naturally (not due to the less than one percent of carbon dioxide we throw into the system), a country without secure borders and strict immigration laws is not a country, physical currency keeps total control of our economy by tyrants at bay, abortion is another word for murdering babies, voting is a privilege of citizenship and requiring ID to stop fraud is not racist, the current inflation and supply chain problems are a direct result of Democrat Party policies,  the high gas prices are not due to the war in Ukraine but due to bad policies that limit domestic production and transportation of oil/fuel, homelessness is out of control because leftist policies encourage it, the best way to preserve life is to make sure every American of a reasonable age is armed without restrictions (keep and bear arms means to own and conceal carry...it's a God given right that protects us from the type of government that has emerged), the pandemic was a lie designed to make Big Pharma lots of money as well as centralize more power into the hands of government, it is idiotic to think that reparations must be paid by people who never owned slaves to people who were never slaves, systemic racism is a lie perpetuated by a bunch of Marxists who believe they will only get their communist utopia through class conflict, prayer changes things and is not only just fine in the public square --- it must be encouraged, and Donald Trump is one of the best Presidents this country has had in over a century.
There's more, but I only have so much time and space.
Oh, let's add this: toxic masculinity was exactly what we needed to win the Revolutionary War, and every war since; it makes for a better America.
Our Anti-American Biden Administration stands against Independence Day, and all it represents.  They are doing what they can to erase American greatness from our sight with censorship and the toppling of statues, but in the end they can't change our hearts. 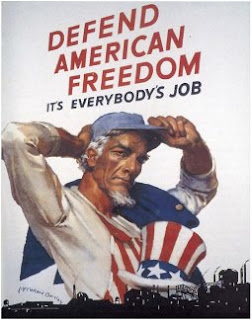 The Marxist progressive leftist Democrats have revealed they are enemies of the United States.  Their belief system is fundamentally opposed to everything America represents.

They reject the fixed principles laid down by the Declaration of Independence and the U.S. Constitution. They believe that either the Constitution can be twisted as they wish with their interpretation, or that it is an old document that needs replacing.  They wish to change America into something the Founding Fathers, and patriots like you and I, never intended.

And today I don't care what they think.  I will celebrate Independence Day as it should be, with pride in America and a longing for a return to the republic created by the Framers of the U.S. Constitution.  And, I will cherish the words from the Declaration of Independence, which explains that all men are created equal, and are endowed by our Creator with certain unalienable rights.
In other words, freedom, and opportunity.  Liberty and Prayer.  Prosperity through a free market, and a system in place that keeps government out of my life as much as possible.
Happy Independence Day.
-- Political Pistachio Conservative News and Commentary
Posted by Douglas V. Gibbs at 8:02 AM

I like what you do with your blog - we have a number of similar interests - and friends., so I added your blog to my blogroll. I'd appreciate it if you did the same for me- anything we can do for each other to build traffic helps, right?
All my best -